The Truth About Peanut Allergies 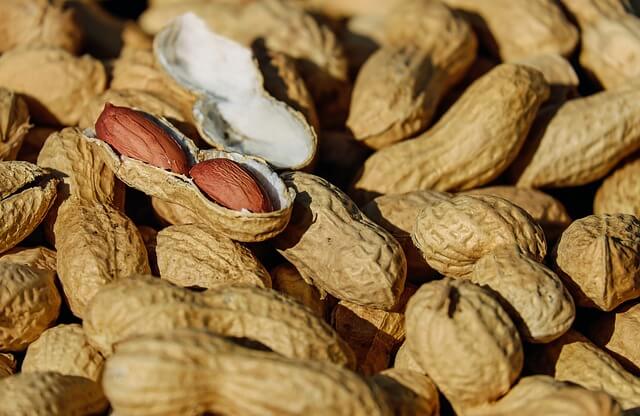 The peanut allergy has been one of the fastest growing and deadliest allergies in recent history. It is responsible for more deaths from anaphylaxis, than any other food allergy, with rates in children that have more than tripled in the United States from 1997 to 2008.  An enigma, if you will.  To understand the peanut allergy, we must first understand the immune system, a powerfully complex system of cells, chemical messengers and reactive molecules, roaming around our bodies in any given second, providing communication between vital organs, and interfacing with our immune cells to secrete antibodies against foreign chemicals be it viruses, bacteria or food.  Let’s take the example of a peanut as it enters our mouth down to the end of our digestive tract.  The IgE mediated type 1 hypersensitivity reaction of a true peanut allergy goes as such:

Obviously not all antigens pose a threat.  Why certain foods pretend to be threats is very individual or grouped in family cohorts, and unfortunately, you won’t know you’re allergic to a particular food, until you’ve tasted it once or twice.  Peanuts top the list.  This was the basis of the recommendations given nearly two decades ago by American Association of Pediatrics (AAP) and some European societies to eliminate peanuts from children’s diet up to age 3.  They went even further to suggest lactating mothers avoid peanuts in their diet.  These recommendations unfortunately were not based on level A evidence, and has lead to even a greater prevalence of food allergies. Indeed, in 2008, AAP stopped recommending elimination diets in both infants and lactating mothers.  There are a number of theories as to why despite societal avoidance of peanuts there are even greater number of children with peanut allergies.  Confounding factors obscure the picture. Are we taking more medications than we used to?  Is it because we don’t live on farms anymore, where children may be exposed to various “earthly” compounds?  Do we live “too clean” causing our immune systems to be more likely to attack harmless proteins such as ones found in foods?  An interesting theory from Scott H. Sicherer, MD, of the Jaffe Food Allergy Institute at Mount Sinai School of Medicine suggests the harm lies in the way peanuts are processed, with added oils or roasting, which makes the proteins easier for the immune system to attack.

As a native of a country that produces the largest supply of tree nut pistachios, and a very low rate of food allergies, intuitively I sensed that allergy to nuts is not caused by eating them early in life.  For years, I had been recommending feeding infants a variety of foods as early as 4-6 months of age, including nuts and eggs.  That despite all the confounding theories out there, perhaps the biggest culprit was the avoidance of nuts, like we had been practicing in the States.  Intuition also proved right for researchers in Great Britain who spun off a 2008 study published in Journal of Allergy & Clinical Immunology which took a group of Israeli children living in London and compared them with Israeli children living in Israel and found they are 10 times more likely to have peanut allergies, a disparity not accounted for by differences in genetic background, socioeconomic class or tendency to develop allergies.  Israeli children rarely suffer from peanut allergies because they eat foods containing peanuts starting in infancy in the form of Bamba (a common peanut-butter puffed snack that is made of 50% peanuts (according to the manufacturer, Osem Group.)

In 2015 New England Journal of Medicine published the London group’s pivotal trial called LEAP (Learning About Peanut Allergy) under the guidance of Dr. Gideon Lack, professor and head of Department of Pediatric Allergy at King’s College London, which became the basis of the current NIH guidelines* released earlier this month.  Dr. Lack’s group fed 4 month old infants at high risk of developing peanut allergy, peanuts three times per week, and asked a similar group to avoid eating peanuts until 5 years of age.  Results were astounding: greater than 80% reduction in developing peanut allergy when peanuts are introduced in infancy. Clearly we need to be exposed to peanut antigens during the critical phase of immune system development.  But why? And does this apply to other foods?  Will these groundbreaking guidelines have the potential to dramatically lower the number of children who will develop peanut allergy? These are some of the salient questions we need addressed by our esteemed scientific community following this recommendation.

*The National Institute of Allergy and Infectious Diseases  2017 guidelines:  “We recommend giving babies puréed food or finger food containing peanut powder or extract before they are 6 months old, and even earlier if a child is prone to allergies and doctors say it is safe to do so. One should never give a baby whole peanuts or peanut bits, experts say, because they can be a choking hazard.”

For now go ahead and enjoy peanuts and feed your children peanuts too. We’ll know if this practice proves us wrong again 20 years from now!