Omega-3 Index and The Heart 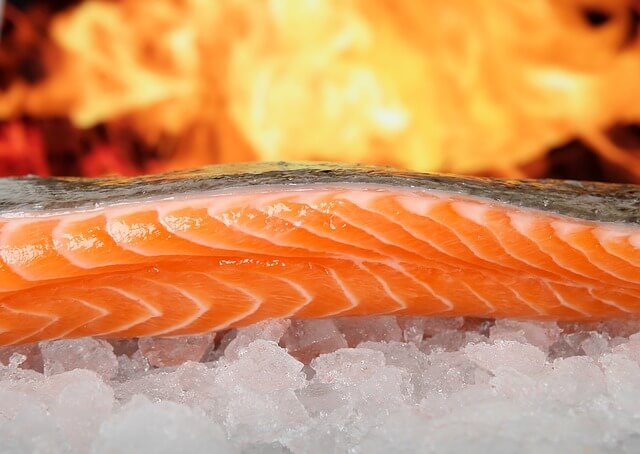 The Omega-3 Index is the sum of 2 prominent long-chain omega-3 fatty acids, eicosapentaenoic acid (EPA) and docosahexaenoic acids (DHA) in red blood cell membranes and is expressed as a percentage of total erythrocyte fatty acids (FAs).  It has been postulated that Omega-3 Index is the best predictor of sudden cardiac event if one’s level is less than 4%.   There are many controversies and inconsistencies in the field of research involving fatty acid supplementation or advice of eating more fish in the overall cardiovascular benefit equation.  While there is little doubt that lower levels of this crucial compound in a human body who is incapable of producing its own, is associated with ill health, supplementation with fish oil intake or advice to consume more fish to enrich the levels of omega-3 in the blood is not widely encouraged by the scientific community. According to the American Heart Association and European’s equivalent, current and available research in this field does not provide us with irrefutable data to support its use, except for a limited subset of patients.

If that is the case, then how do we reconcile with overwhelming data that increasing one’s Omega-3 Index by increased intake of EPA/DHA in randomized controlled trials improves a number of surrogate parameters of cardiovascular risk:

I had to settle this conundrum in my mind, in order to implement sound clinical practice when caring for our patient population.  I took my years of experience screening Omega-3 Index on all patients, carefully dissected industry guidelines, and came to the conclusion that 4 top factors influence the ill-fated discrepant attitudes toward omega-3 supplementation.

When you walk down the aisle of any natural food market, pharmacy, vitamin store or online retailer of vitamins, you will come across 30+ forms of fish oil to choose from.  Omega-3, omega-6, omega-3,6,9, esterified, ethyl form, krill, encapsulated, triglyceride form, least expensive, 6 capsules per serving, etc.  And if you’re a novice at picking out the right fish oil for you and your family, which pretty much makes up 90% of us, you might as well place a blind fold on take any off the shelf and call it a day.  This is exactly the same bestowal expert investigators face when they determine the correct fish oil to use in their respective studies.  Table 1 depicts a simplified breakdown:

The very smart analysts at the American Heart Association (AHA) took into consideration numerous studies where they concluded in their 2017 Scientific Advisory Paper that the benefit from omega-3 supplementation is only seen among 2 of the 11 patient subsets, those with heart failure, and those with heart disease to prevent sudden cardiac death.  However, a glaring dissimilarity among the studies examined was no consistent omega-3 dosing or bioavailability consideration.  In addition, some of the studies had a worrisome conflict of interest, bringing us to the next point:

Funding of major studies by large organizational food companies may have confounded the negative results.

A pivotal study in New England Journal of Medicine used olive oil capsules as their placebo pill against only 1gm of EPA/DHA capsule; study funded by pharm giants Pfizer, maker of Lipitor, and Sigma-Tau maker of Zocor and Zetia.  Those of us who are measuring cholesterol panels and Omega-3 Index know 1 gram of fish oil will not make much of a dent in any lab measure. To put this in perspective, a 3 oz. serving of farmed Atlantic salmon has over 2 grams of omega-3 fatty acids, and 835 mg of omega-6.  In fact, none of the 40 plus studies except the JELIS Trial which did show a positive correlation, used greater than 1gm fish oil to test effectiveness of fish oils against conventional treatment.   Furthermore, how can we really trust a study funded by the opposing treatment modality using an olive oil placebo?  Isn’t olive oil packed with omega-3’s?  Another example of conflict is Monsanto, makers of GMO soybeans and soybean based oil for sources of omega-3 capsules, funding the 2009 Advisory Committee on omega-6 and CVD report from the AHA.  The proper way to perform a randomized control trial on whether omega-3 supplementation helps improve cardiovascular outcomes, is to use 3gm of a high quality, esterified and micro encapsulated omega-3 fish oil capsule, from an unbiased source.   Unfortunately, these researchers did not have a level playing field to start with, thus their conclusions must not be taken at face value.

Baseline characteristics of study population before & after 2002

Before 2002, the panel of studies on fish oil show more robust statistically significant difference among treated groups.  What happened in 2002, the Institute of Medicine passed guidelines for intake of omega-3 and omega-6, and the AHA advised all Americans to increase fish consumption.  The theory is that people inherently started consuming more fish intake, therefore less degree of change was noticeable in future studies conducted after 2002.

Also, Statin use was much less prevalent 2 decades ago, when studied populations had more chance of seeing a statistically meaningful change.   With widespread Statin use in our society, clearly a powerful drug in management of cardiovascular disease, meaningful change was less noticeable.

Perhaps the most important and relevant factor is centered on the index itself.  None of the major randomized controlled trials before or after 2002 ever took into consideration actual measurement of omega-3 levels.  When Omega-3 Index was first described in 2004, there was variability in laboratory methodologies rendering the results unreliable.  Much stride and improvement has taken place since then, and guidelines have been established to determine optimal and dangerous levels.  One lab company, OmegaQuant measures the index most accurately by focusing on the fatty acids in the denominator of this equation.  They claim measurement of fatty acids which are esterified in a particular physiologically-active subset of the membrane glycerophospholipids gives us the most meaningful measure of the index, whereby only the crucial fatty acids are included in the denominator.  For example, if your omega-3 level is 40, and your total fatty acids is 1000, you will have an index of 4%.  If you take the same omega-3 level, and you divide against only the crucial fatty acids in the glycerophospholipid membrane of 500, then your index will be 8%, a crucial difference.  Turns out the greatest cardioprotection according to acclaimed omega-3 expert, Dr. William Harris of Sanford University, is an index of 8%.  And we know that whole blood index is an excellent correlate for myocardial (heart) tissue.  Therefore, the higher the concentration of these fatty acids within cell membranes, particularly of the heart tissue, the better are cells’ malleability and resilience to arrhythmias.  A closer look at the mechanism of action at the molecular level shows us that omega-3’s reduce inflammatory mediators via an orchestrated set of membrane effects, which may ultimately result in reduced arterial plaque fragility.  This is likely the reason behind the JELIS Trial led by a group of Japanese researchers who looked at 18,000+ hypercholesterolemia patients and found that a 1.8gm dose of EPA/DHA added to statin therapy compared with statin therapy alone, lowered risk of sudden cardiac death by nearly 20%.

In Western countries, the average range of omega-3 index is 5%, whereas in countries known to have higher fish consumption, like Japan, the index is 9%.  In Japan, there is less heart disease than US.  The preventive cardiologist Dr. Clemens van Schacky who was one of the original inventors of Omega-3 Index says it best: “In the future, incorporating the Omega-3 Index into trial designs by recruiting participants with a low Omega-3 Index and treating them within a pre-specified target range (e.g., 8%–11%), will make more efficient trials possible and provide clearer answers to the questions asked than previously possible.”

Now that we have accurate testing method plus data showing higher dose omega-3 supplementation can save lives, and if prevention is truly a sacred principle we want to uphold as clinicians, we must begin incorporating Omega-3 Index into research studies, and in clinical practice.  We must screen Omega-3 Index not just for our patients with heart disease, but even those at risk.