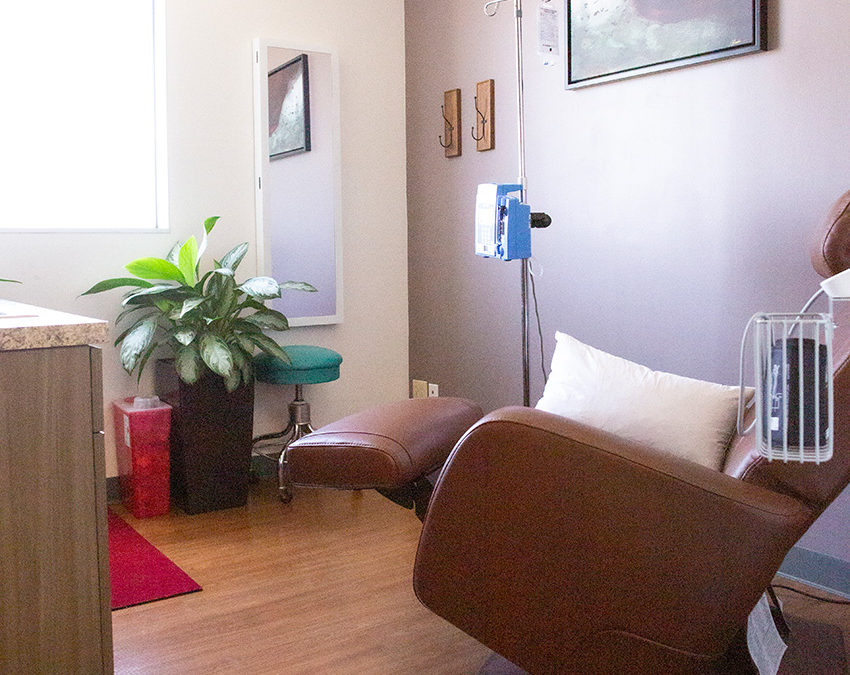 Approximately 25% of the US population is at one point in their lives iron-deficient. Iron, which is responsible for manufacturing our oxygen and carrying blood within our circulatory system, plays a key role in human health. Without a sufficient amount of iron in the bloodstream, humans are at risk of heart failure, chronic fatigue, and mental disturbances. While menstruating, women are most at risk for Iron-Deficiency Anemia which is a decrease in red blood cells caused by too little Iron. How can an element that is so critical to human health be overlooked by so many? Missed diagnoses are an all-too common occurrence, in my practice and elsewhere.

6 months ago, a young girl was brought in by her mother who, after having visited three specialists prior to me, demanded an explanation for her daughter’s poor metabolism and irregular menstruation of over a year-and-a-half. She is a competitive dancer in high school, and was becoming very self conscience about her troublesome weight. After a round of blood tests, namely Ferritin, I diagnosed the 16-year-old with severe Iron Deficiency Anemia. We started her on an oral iron supplement therapy and rapidly her energy level improved, mental fog lifted, her menstruation returned to normal and her metabolism sped up. Additionally, her overall lab results began to improve steadily. Six months later they returned with complaints of digestive issues. The heavy oral iron intake started to upset her stomach and cause gastritis and constipation. The solution? Switch to Intravenous Iron Therapy.

After three sessions of IV iron infused into her vein over a 30 minute period, this high school student returned to life full of energy doing all the things she loved.
Historically, Intravenous Iron, (IV Iron) has been touted by specialists for having serious adverse outcomes, such as dangerously low blood pressure and anaphylactic shock, thus limiting its applicability in the general outpatient population. However, the benefits outweigh the risks overwhelmingly.

Intravenous Iron (IV Iron) has become popularized in two main groups of patients, those in dialysis and those with Chronic Kidney Disease (CKD). The anemia caused by CKD is treated with Erythropoietin Stimulating Agents, or ESA’s. Erythropoietin prompts blood development, and blood development requires Iron. Therefore, the need for Iron increases. The ideal treatment? Delivery of Iron infused directly into the veins of dialysis patients, or those in later stages of kidney disease. However, many of my patients who have benefited greatly from IV Iron have no kidney disease whatsoever. This is why IV Iron therapy should be much more widely used.

The general population have similar needs for Iron, and as stated earlier, a hefty portion of our population develops an Iron deficiency at some point. However, due to the scare of old IV Iron formula’s disagreeable side effects, there existed a deep gap of patients who didn’t qualify for IV Iron therapy. What filled the gap was the new generation of IV Iron formulations which cause practically no detrimental reactions. We now carry these in our practice.

As a nephrologist, I’ve been administering second generation IV Iron therapy for a decade, and have seen only one case presenting with an adverse reaction. In this particular treatment, the patient’s hands became swollen and she experienced heightened anxiety. I came to find out that she had an allergic reaction, heightened by the fact that she had coerced the visiting nurse to administer her third and last session too soon. We quickly learned to allow a full 7 days between successive treatments. Her reaction was treated successfully with Benadryl and further caution.
It has been in my experience and opinion that IV Iron is best suited for Iron deficient states when Iron supplements taken by mouth are unacceptable or ineffective for the patient. Ones who benefit most from this treatment are the very ill with multifactorial anemia. In our experience, though, patients who are busy professionals, athletes, fatigued moms, and active young women have been utilizing and appreciating this regimen much more.

My practice is multifaceted, prevention of disease is our number one priority, and iron therapies have safe, proven results for iron deficient states. We are thrilled to offer Intravenous Iron Therapy, a rare and unique service available only at Seaside Medical Practice, your premier internal medicine and nephrology practice.

One session of Intravenous Iron Therapy $235 for cash patients. We recommend three sessions for best results. Buy all three sessions up front for $550, must be administered 7-14 days apart.
Please call Seaside for more information.
(310) 393-5000
www.seasidemedicalpractice.com